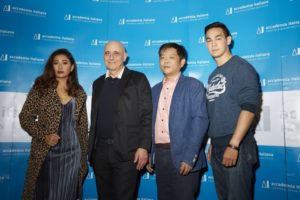 Season 1 of ‘Dress the Stars’  was a huge success and featured 10 celebrities of the entertainment industry in Thailand. Returning for its second year the event will, once again, push Thai fashion into the International arena. The press release “Dress the Stars Season 2” was held on Thursday, January 21, 2016 at Accademia Italiana (Thailand), 3rd Floor Jasmine City, Sukhumvit 23. 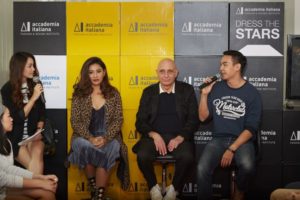 The host, herself an alumni of the Institute, Selina Wiesmann was responsible for leading the press conference. She began by inviting the President and Founder of Accademia Italiana, Dr. Vincenzo Giubba, actress and ‘Dress the Stars Season 2’ celebrity Ann Mitchai, and one of the participants from Season 1, Kik-Danai Charuchinda, discuss the project and reveal this year’s stars. In addition to “Ann Mitchai”, leading actor “Great-Warintorn Panhakarn”, film director “Jah-Yossinee Nanakorn” and Businessperson/Celebrity “Pop-Varavut Laohapongchana” will be participating in modelling Accademia Italiana’s fashion students’ unique creations. 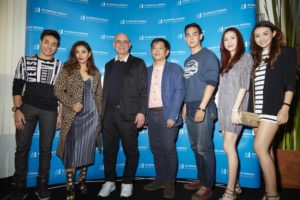 Rounding off the impressive event with the management team, Vincenzo Giubba, Konggeng Prachakrich, the stars from Season 1 and 2, Ann Mitchai, Kik-Danai Charuchinda and the guest of honor take a picture together. The final creations will be presented at the annual fashion show and design exhibition of Accademia Italiana which will be held on Saturday, May 7th at Central Embassy, 4th Floor